Paul M Papakura was formed on the 6th April 1988. The Instructor is Grand Master Paul McPhail, 9th dan black belt, Technical Advisor for International Taekwon-Do in New Zealand and a member of the ITF Technical Committee. He has over 45 years experience.

You should know TKD has really assisted Kaite. She has what’s known as a Sensory Processing Disorder and mild dyspraxia. Combined, it means she can have difficulty processing sensory stimuli – noise, light and dark, smells and tastes, physical contact etc – as well as the process of ideation (forming an idea of using a known movement to achieve a planned purpose), motor planning (planning the action needed to achieve the idea), and execution (carrying out the planned movement).

TKD was fantastic for her coordination, and just getting her used to moving in different ways, and confidence building. Incidentally a lot of the literature on SPD recommends TKD as a good tool for kids with the condition for those very reasons.
Email testimonial from a parent (name has been changed to preserve privacy)

Our club has nine different classes, specialising in Kids classes for ages 5 and older.

Our adults classes cater for family groups with members of all ages.

We are active and supportive of all International Taekwon-Do events such as tournaments and seminars. The club has won many awards such as achieving second best club at the ITF World Cup in 2018. The club has produced over 100 black belts with many going on to represent New Zealand at World Champs level. 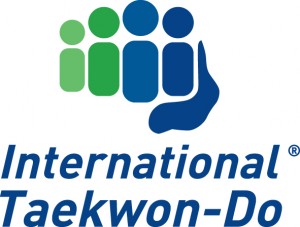 Paul M TKD is a member club of International Taekwon-Do Foundation of New Zealand Inc (ITKD). ITKD is very much a “family” organisation, having grown from a few small clubs in Palmerston North and Wellington in the early 1970s. These clubs produced black belts that in turn started new clubs, and the organisation grew. Today we have over 50 schools nationwide.

In recent years our competitors have made huge impact on the international tournament scene and were placed first at the ITF World Championships hosted in Wellington, 2011 and again at the ITF World Cup in Sydney 2018.

Find out what the benefits of belonging to International Taekwon-Do are here. 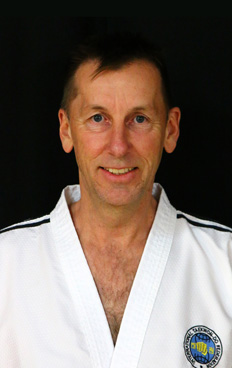 Grand Master Paul McPhail began his training in 1975, a student of Mr Norman Ng in Palmerston North. He was promoted to 1st dan black belt at age sixteen, and later became assistant instructor to Master Evan Davidson at the Khandallah branch in Wellington.

In 1985 he moved to Auckland to become a professional Taekwon-Do instructor. He started Auckland’s third club (Manurewa) in February 1985, North Shore branch in April and Papakura branch in 1988.

Grand Master McPhail began examining in 1988 on his promotion to 4th dan black belt. He attended international instructors courses conducted by the Founder of Taekwon-Do, General Choi Hong Hi. He is qualified as an International Instructor and A Grade International Umpire. In 1994 he was awarded the ‘Outstanding Instructor Medal’ from the International Taekwon-Do Federation. He was promoted to 8th dan in 2013. In 2015 he was made a member of the ITF Technical Committee.

Grand Master McPhail authored several books which are used as the syllabus throughout New Zealand including the gup and dan syllabus books, the self defence handbook and the white belt handbook.

In October 1984 he began instructing at Manurewa and Papakura and in June 1985  joined the Lim’s Taekwon-Do group in Hamilton. In 1991 Willie Lim immigrated to the USA and Master Pellow and his students joined ITFNZ.

Since 1992 I have also worked extensively with Master McPhail developing and refining the national grading self-defense syllabus. In 2006 he became the Specialist Instructor at Paul M Papakura and also began his involvement with the New Zealand National Taekwon-Do Team, culminating in being appointed the National Coach from 2010 until 2013. He is currently the High Performance Advisor for New Zealand. 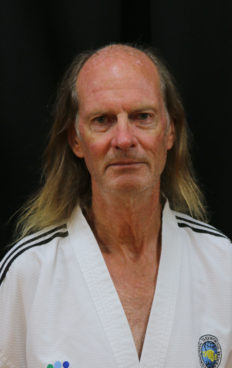